US offers to pay relatives of Kabul drone attack victims

Kabul, Drone Strike, Afghanistan, Pentagon, Middle East
Save for Later
From The Center 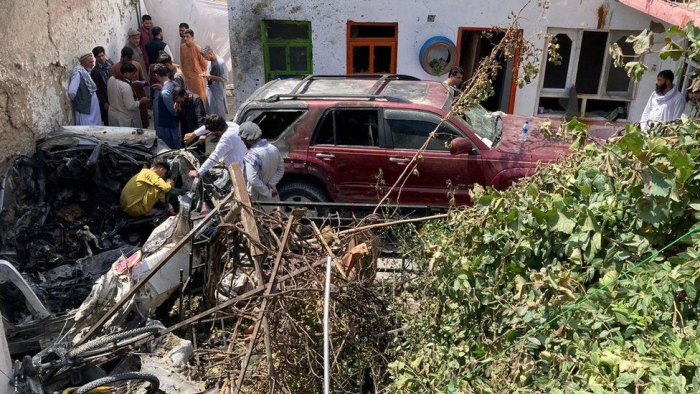 The US government has offered financial compensation to the relatives of 10 people mistakenly killed by the American military in a drone strike on the Afghan capital, Kabul, in August.

An aid worker and nine members of his family, including seven children, died in the strike.

The Pentagon said it was also working to help surviving members of the family relocate to the US.

The strike took place days before the US military withdrew from Afghanistan.

It came amid a frenzied evacuation effort following the Taliban's sudden return to power...