Schumer, McConnell headed for another collision over voting rights

Voting Rights And Voter Fraud, US Senate, Chuck Schumer, Mitch McConnell, Elections
Save for Later
From The Center 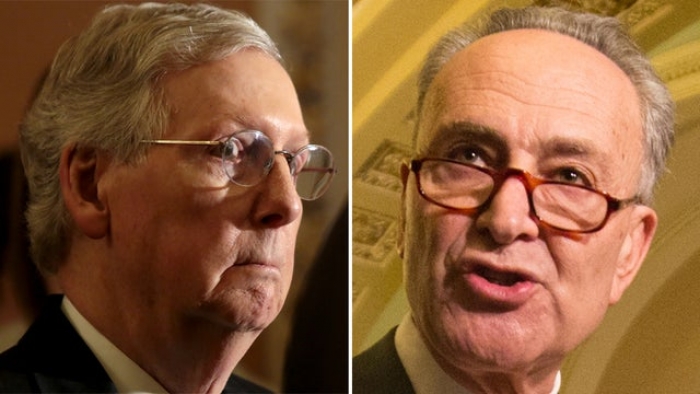 Senate Majority Leader Charles Schumer (D-N.Y.) and Minority Leader Mitch McConnell (R-Ky.) are headed for another clash over voting rights legislation next week and it’s expected to result in another stalemate on a top Democratic priority.

Schumer announced in a “Dear Colleague” letter circulated Thursday morning that he will file cloture on Monday to set up a vote in the middle of next week on the Freedom to Vote legislation.

But McConnell on Thursday evening slammed the door on the idea of the bill picking up enough GOP support to move forward.