Great Britain, David Amess
Save for Later
From The Left 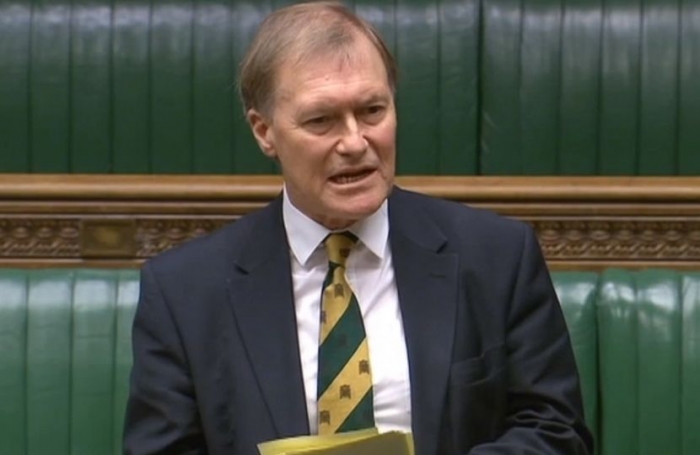 Amess, the member of parliament for Southend West, was meeting with voters at Belfairs Methodist Church in Leigh-on-Sea on Friday.

Just after 3 p.m. local time, Essex police issued a statement in which it confirmed that a man had died at the scene of the stabbing.

“A man has been arrested on suspicion murder after a man was stabbed in Leigh-on-Sea,” the force said.

“We were called to an address in...

More News about Great Britain from the Left, Center and Right

‘They said we were eccentrics’: the UK team developing clean aviation fuel
The Guardian

News
The fourth wave of COVID-19 cases is here. Will we escape the UK's fate? It's too soon to know.
USA TODAY

News
Prince Philip has died: Will there be a state funeral? Your questions, answered
USA TODAY

News
Will Harry and Meghan’s bombshells change the royal family?
Yahoo! The 360

Did The Royal Family Really Support The Nazis? Fact-Checking ‘The Crown’
The Daily Wire

Fact Check
Why is Archie not a prince? Fact-checking prince protocol after Meghan and Harry’s Oprah interview
PolitiFact

Analysis
Why CEOs make so much money
BBC News

News
Without Apple and Google, the UK’s contact-tracing app is in trouble
The Verge

News
Special Report: Johnson listened to his scientists about coronavirus - but they were slow to sound the alarm
Reuters

News
Brexit
The Flip Side

News
What drove Harry and Meghan away from the royal family?
Yahoo! The 360

News
The Queen 'is disappointed' at Harry and Meghan's decision to quit: Palace says talks at 'an early stage' over couple 'stepping back' - amid claims they did NOT tell Her Majesty before announcement
Daily Mail

Opinion
An Identity Crisis of a Decade
The American Spectator

Analysis
Britain put up a statue of its first female MP. You’ll definitely believe what happened next.
Columbia Journalism Review

Analysis
Britain put up a statue of its first female MP. You’ll definitely believe what happened next.
Columbia Journalism Review

News
Prince Andrew, Disgraced by His Friendship With Jeffrey Epstein, is Left Out in The Christmas Cold
Daily Beast

Opinion
Will the Secessionist Epidemic Ever End?
Pat Buchanan

News
UK Election
The Flip Side

News
The Fight for Socialism in Britain Will Continue
Jacobin

News
Yep, It Was a Historic Night for Conservatives in Britain. Here's How Historic.
Townhall

News
The Last Days of the BBC?
Jacobin

News
What to Know About Prince Andrew, the Royal at the Center of the Epstein Scandal
Time Magazine

News
Brexit Delayed Until After British Vote
The Flip Side