Senate Republicans are Terrified trump Will Run in 2024, Will Obviously Support Him Anyway

Donald Trump, Republican Party, US Senate, 2024 election
Save for Later
From The Left 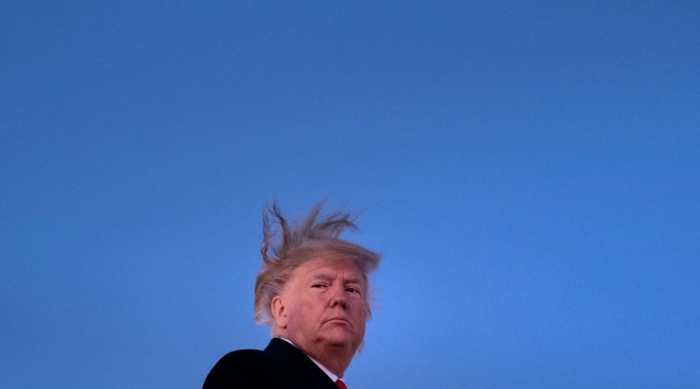 Picture this: You’re the head of marketing at a potato chip company and you’re reissuing the brand’s original flavor in the hopes of boosting holiday sales. One day your team receives an email from Adolf Hitler’s great-great-nephew, who says he wants to help the campaign by filming a short video declaring that the chips in question were “Uncle Adolf’s favorite,” with a little anecdote about how he “actually invaded Poland because someone set him off by eating the last bag in his stash.” You’d probably want to do everything in your power to ensure this didn’t happen, as it wouldn’t be ideal for your product to be associated with one of the worst people in history, right? If you’re vigorously nodding your head in agreement, you now have an idea of how Senate Republicans feel re: Donald Trump being the face of the party in the next midterm and presidential elections.

The Hill reports that Senate Republicans, with “a few exceptions,” are praying that Trump does not announce that he’ll be running for president again, ever, and especially not before 2022, fearing being associated with a complete and total maniac will sink their chances of winning back the Senate. And they’re not too jazzed about him being on the ballot again in three years, thanks to the whole “worst person in the world” thing.

Read full story
Some content from this outlet may be limited or behind a paywall.
Donald Trump, Republican Party, US Senate, 2024 election

GOP Sen. Mike Rounds doubles down on saying the 2020 election was fair after Trump calls him a jerk
Insider

News
Donald Trump's Former Chief Of Staff Told A Member Of Congress He "Loved" A Plan To Undermine The Election Days Before Jan. 6
BuzzFeed News