US Military, Donald Trump, Facts and Fact Checking, Afghanistan, Taliban, fact checking
Save for Later
From The Center 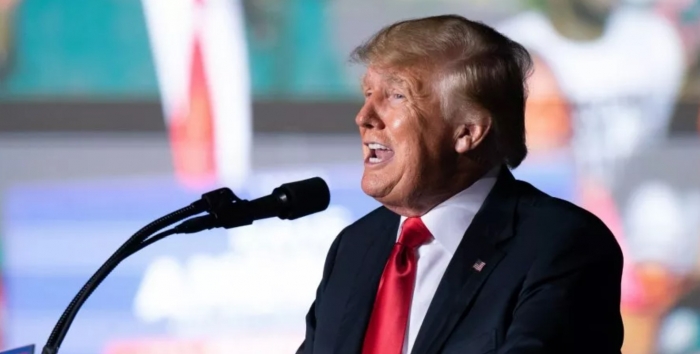 Former President Donald Trump has repeatedly criticized the U.S. withdrawal from Afghanistan and pointed towards the cost of equipment left behind in the hands of the Taliban.

In an interview with Fox News' Sean Hannity on October 7, Trump criticized President Joe Biden's handling of the American withdrawal from Afghanistan.

At one point, Trump said: "We left $85 billion worth of equipment in the hands of the Taliban."

Trump has made this claim previously, and in a statement on August 30 said: "Never in history has a withdrawal from war been handled so badly or incompetently as the Biden Administration's withdrawal from Afghanistan.

"In addition to the obvious, ALL EQUIPMENT should be demanded to be immediately returned to the United States, and that includes every penny of the $85 billion dollars in cost."

Read full story
Some content from this outlet may be limited or behind a paywall.
US Military, Donald Trump, Facts and Fact Checking, Afghanistan, Taliban, fact checking