coronavirus, coronavirus vaccine, vaccine mandates, Healthcare
Save for Later
From The Right 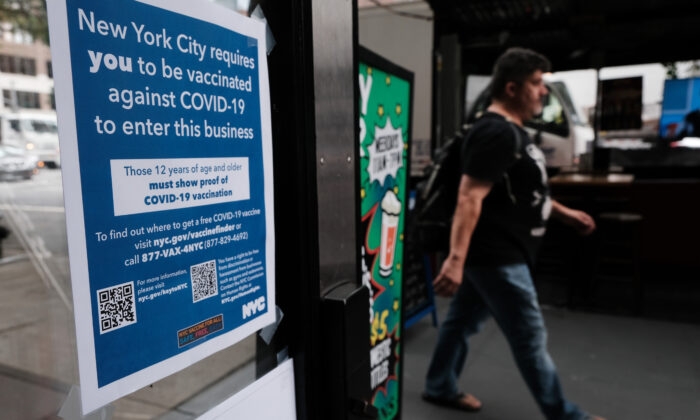 A federal judge on Tuesday ruled in favor of 17 New York state healthcare workers who object to religious reasons to getting a COVID-19 vaccine.

The judge said defendants, state officials, failed to adequately explain why workers were denied from religious exemptions to a vaccine mandate imposed in August.

“There is no adequate explanation from defendants about why the ‘reasonable accommodation’ that must be extended to a medically exempt health care worker under 2.61 could not similarly be extended to a healthcare worker with a sincere religious objection,” U.S. District Judge David Hurd, a Clinton nominee, wrote in a 27-page ruling. granting a preliminary injunction and allowing the workers to proceed under pseudonyms.

Plaintiffs argued the Aug. 26 mandate issued by the state, or § 2.61, violated their constitutional rights because it essentially forbids employers from taking into account religious accommodations.

Read full story
Some content from this outlet may be limited or behind a paywall.
coronavirus, coronavirus vaccine, vaccine mandates, Healthcare

News
Protection from prior infection significantly reduced against Omicron
Axios

News
Omicron may be less severe in young and old, but not 'mild' - WHO
Reuters