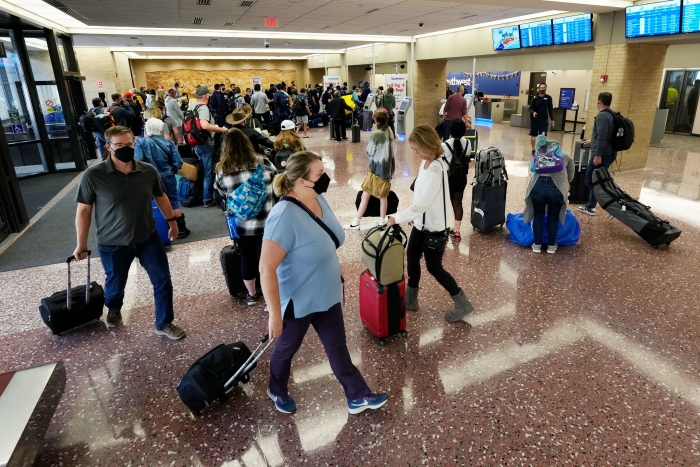 Southwest Airlines shares tumbled more than 3% in premarket trading Monday after canceling more than 2,000 flights since Saturday, disrupting the travel plan of thousands of people.

Southwest canceled 347 flights on Monday, down from 1,124 on Sunday, which was 30% of its schedule, according to flight-tracking site FlightAware.

The airline has already said it would trim its fall schedules to avoid cancellations and delays that plagued its operation during the summer. Now the airline is weighing whether it needs to cut more.

Read full story
Some content from this outlet may be limited or behind a paywall.
Transportation, Business, Southwest Airlines, Travel, Vaccine Mandates, Coronavirus, General News