World, Terrorism, Afghanistan, Taliban, ISIS K
Save for Later
From The Center 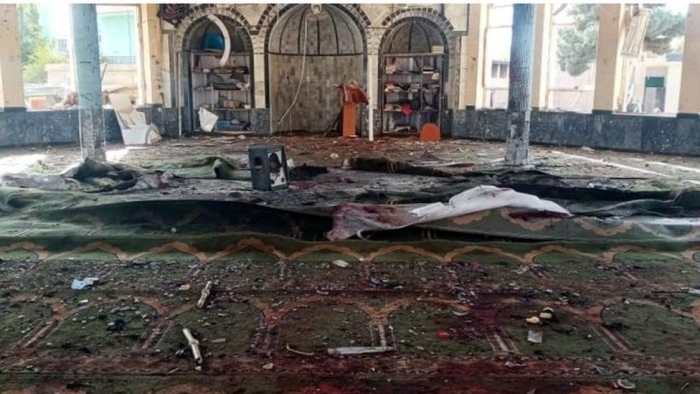 A suicide bomb attack on a mosque in the Afghan city of Kunduz has killed at least 50 people, officials say, in the deadliest assault since US forces left.

Bodies were seen scattered inside the Said Abad mosque, used by the minority Shia Muslim community.

More than 100 people were injured in the blast in the northern city.

The Islamic State group said it was behind the attack. Sunni Muslim extremists have targeted Shias who they see as heretics.

IS-K, the Afghan regional affiliate of the IS group that is violently...