Environment, sustainability, California
Save for Later
From The Right 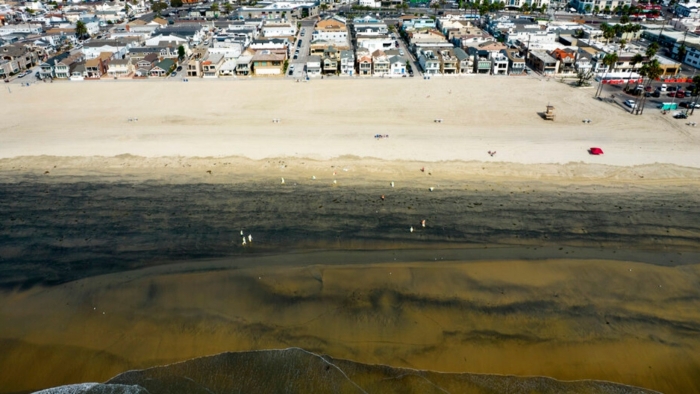 A massive cargo ship made a series of unusual movements while anchored in the closest spot to a Southern California oil pipeline that ruptured and sent crude washing up on beaches, according to data collected by a marine navigation service.

The Coast Guard is investigating whether a ship anchor might have snagged and bent the pipeline owned by Amplify Energy, a Houston-based company that operates three offshore oil platforms south of Los Angeles.

Women are our climate leaders, but at COP26 they're struggling to be heard
CNET

News
These 4 charts explain why the stakes are so high at the U.N. climate summit
NPR (Online News)

News
U.S. climate credibility on the line as Biden heads to COP26
Reuters

Opinion
The fate of the planet will be negotiated in Glasgow, Scotland
Vox

Analysis
Huntington Beach Has Reopened, But the Aftermath of the Oil Spill Is Far From Over
Mother Jones