Joe Biden, public opinion, White House
Save for Later
From The Right 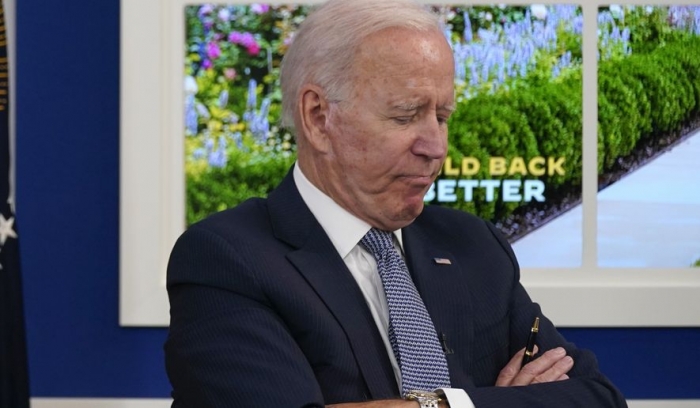 President Biden‘s approval has slipped to 38%, its lowest level since he‘s taken office, with Americans giving him poor marks for his handling of several important issues, according to a Quinnipiac University poll released Wednesday.

The poll found that 53% disapproved of the job Mr. Biden is doing, with the majority of those polled saying the president does not have good leadership skills.

“Battered on trust, doubted on leadership, and challenged on overall competency, President Biden is being hammered on all sides as his approval rating continues its downward slide to a number not seen since the tough scrutiny of the Trump administration,” said Quinnipiac University Polling Analyst Tim Malloy.

Broken up into party affiliation, 94% of Republicans disapproved of Mr. Biden‘s performance, while 80% of Democrats approved and 60% of independents disapproved.

Read full story
Some content from this outlet may be limited or behind a paywall.
Joe Biden, public opinion, White House