FDA, McKinsey, Opioid Crisis, Healthcare
Save for Later
From The Left 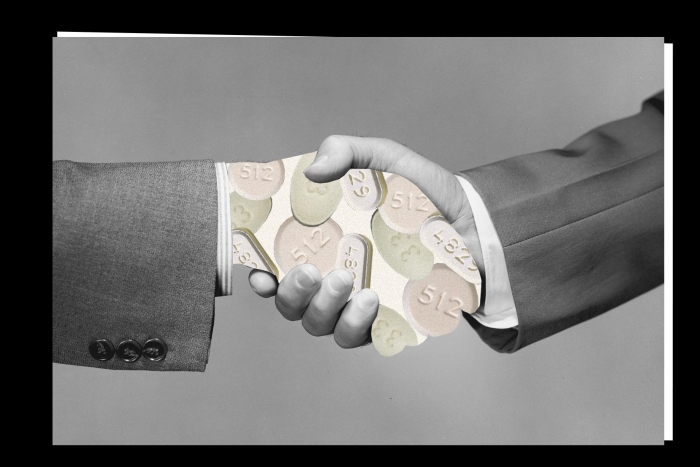 Since 2008, McKinsey & Company has regularly advised the Food and Drug Administration’s drug-regulation division, according to agency records. The consulting giant has had its hand in a range of important FDA projects, from revamping drug-approval processes to implementing new tools for monitoring the pharmaceutical industry.

During that same decade-plus span, as emerged in 2019, McKinsey counted among its clients many of the country’s biggest drug companies — not least those responsible for making, distributing and selling the opioids that have ravaged communities across the United States, such as Purdue Pharma and Johnson & Johnson. At times, McKinsey consultants helped those drugmaker clients fend off costly FDA oversight — even as McKinsey colleagues assigned to the FDA were working to bolster the agency’s regulation of the pharmaceutical market. In one instance, for example, McKinsey consultants helped Purdue and other opioid producers push the FDA to water down a proposed opioid-safety program. The opioid producer ultimately succeeded in weakening the program, even as overdose deaths mounted nationwide.

Yet McKinsey, which is famously secretive about its clientele, never disclosed its pharmaceutical company clients to the FDA, according to the agency. This year ProPublica submitted a Freedom of Information Act request to the FDA seeking records showing that McKinsey had disclosed possible conflicts of interest to the agency’s drug-regulation division as part of contracts spanning more than a decade and worth tens of millions of dollars. The agency responded recently that “after a diligent search of our files, we were unable to locate any records responsive to your request.”

More News about FDA from the Left, Center and Right

Omicron disrupts transit, emergency services as workers call out sick: ‘Most people are going to get Covid’
CNBC

COVID Antiviral Pills Cause Life-Threatening Reactions When Used With Many Common Meds: FDA
The Epoch Times

Analysis
The FDA issued another warning about the J&J vaccine. How much will this increase doubt among the unvaccinated?
Poynter

Analysis
Is the FDA Too Cautious in Its Approach for Approving COVID-19 Vaccines?
Reason

Analysis
The Sooner the FDA Is Disbanded, the Better For Us All
RealClearPolitics