‘Her calculation is off’: Sinema dares the left to take her out

US Senate, Kyrsten Sinema, Progressives
Save for Later
From The Left 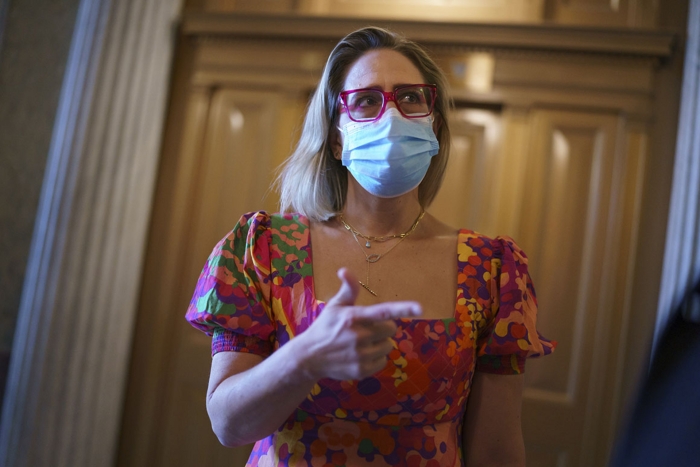 The Arizona senator is betting that she understands her state better than the activists harassing her in bathrooms and trying to take her out.

When Kyrsten Sinema became the first Arizona Democrat in more than 40 years to win an open Senate seat, she was heralded by her party for breaking the Republican stranglehold on a state where Barry Goldwater’s brand of conservatism runs deep.

Three years later, the novelty has worn off. Nearly one-third of Arizona Democrats view Sinema unfavorably, according to one recent poll. The state party put her on notice of a potential vote of no confidence. She was greeted by protesters over the weekend when she returned home for a fundraiser, and then confronted Sunday by activists who filmed her in a restroom.

Her experience is a testament to the heightened expectations of Arizona Democrats. But it’s also indicative of a deeply polarized national environment that is increasingly intolerant of Sinema’s brand of centrist politics — whatever its local logic.

“She’s trying to be a moderate, because Arizona is a moderate state and the way you get elected here — or at least the way you have in the past — is to not be challenged in a primary and get your ass to the middle to try to keep enough swing voters in your camp,” said David Doak, a retired longtime Democratic strategist and ad maker living in Arizona. “Given the polarization — the leftists are more left now and the right-ists are more crazy now — your calculation needs to be different … Her calculation, I think, is off.”