America thinks the unthinkable: More than half of Trump voters and 41% of Biden supporters want red and blue states to SECEDE from one another and form two new countries, shock new poll finds 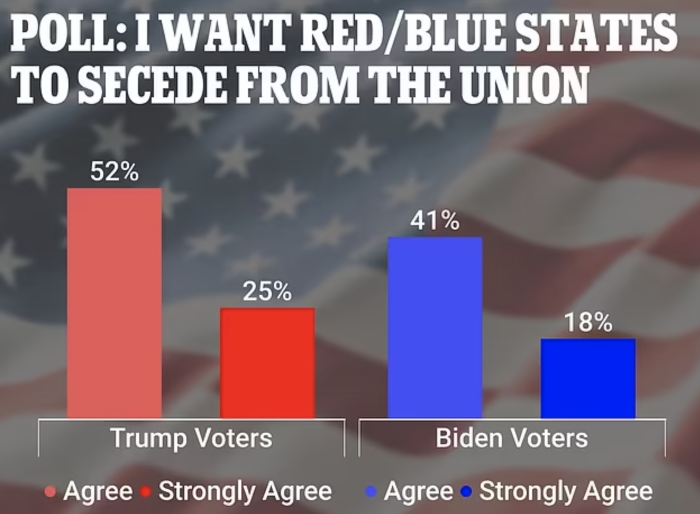 Many breathed a sigh of relief when President Biden was elected, not for policy but for a reunification of the country after four years of tumult and fiery division under President Trump. But eight months into the new presidency, America's deep disunity might not be letting up.

A new poll has revealed that political divisions run so deep in the US that over half of Trump voters want red states to secede from the union, and 41% of Biden voters want blue states to split off.

According to the analysis from the University of Virginia's Center for Politics, 52% of Trump voters at least somewhat agree with the statement: 'The situation is such that I would favor [Blue/Red] states seceding from the union to form their own separate country.' Twenty-five percent of Trump voters strongly agree.