race and racism, Polarization
Save for Later
From The Right 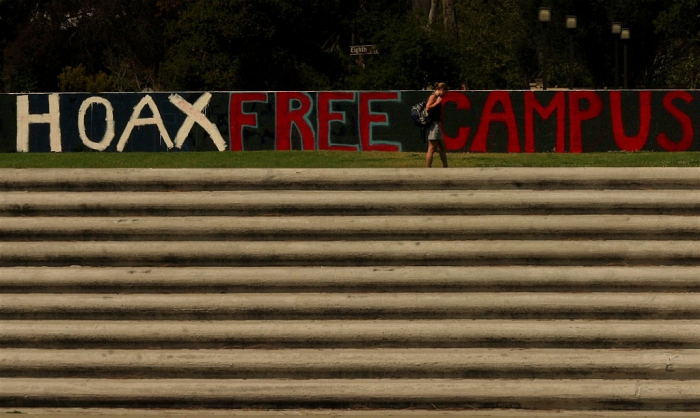 Students took the opportunity to skip class by staging a protest walkout, with some students cursing at school administrators and others crying, the St. Louis Post-Dispatch reported. Students took turns claiming they had been the victim of prejudice. Parkway Superintendent Keith Marty sent a letter to parents on the day of the walkout to condemn the racist messages.

“Students and staff are hurt, angry and feeling outnumbered by those who seem willing to stand by and watch without taking action to stop it,” Marty wrote.

“These acts are a significant violation of multiple codes of conduct outlined in our policies,” he added after informing parents that the school and local police department had launched investigations. “There will be no tolerance for those who choose to purposely degrade others.”

Read full story
Some content from this outlet may be limited or behind a paywall.
race and racism, Polarization