How millennials and Gen Z are remaking the GOP

Republican Party, Millennials, Gen Z, Culture
Save for Later
From The Right 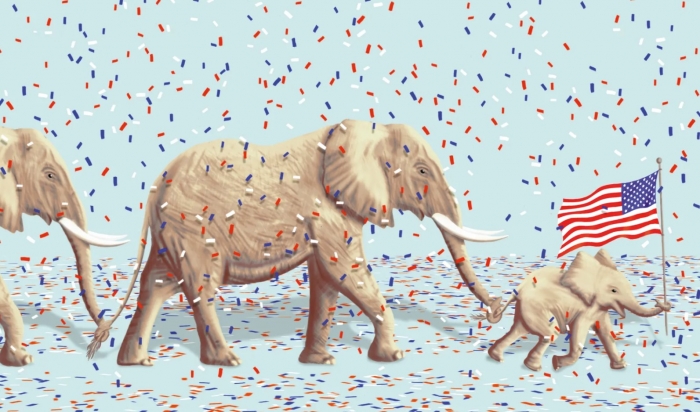 Ariel Hill-Davis likes to jokingly refer to herself as a “geriatric millennial.” She’s a Republican, but as a self-proclaimed “hardcore moderate” she’s been called a RINO (Republican in name only) pretty much since the moment she entered the political sphere in 2008.

Through her work with Republican Women for Progress, Hill-Davis, who lives in Washington, D.C., is hoping to reshape the party to appeal to a broader swath of people, including millennial women like herself. “Because I’m a moderate, I’m going to have to fight for space in the Republican Party.” It’s sometimes a lonely fight, but one worth engaging in, because she wants to see her principles of fiscal conservatism engaged on traditionally liberal issues from climate change to criminal justice reform.

Millennials, those born between 1981 and 1996, became the largest living adult generation in 2019. Their sheer numbers (72.1 million compared to baby boomers who make up 71.6 million of the population) make them a political force to be reckoned with, although youth voter turnout has traditionally been low — according to Brookings, in the 2016 election roughly half of eligible voters under 40 turned out while 70% of voters over 55 did. But that is shifting.

Millennial voter turnout nearly doubled between 2014 and 2018, and 2020 saw record numbers of young voters turning out in favor of President Joe Biden. According to a report from the Center for American Progress, millennials and Gen Z will dominate the electorate by 2036.

Read full story
Some content from this outlet may be limited or behind a paywall.
Republican Party, Millennials, Gen Z, Culture