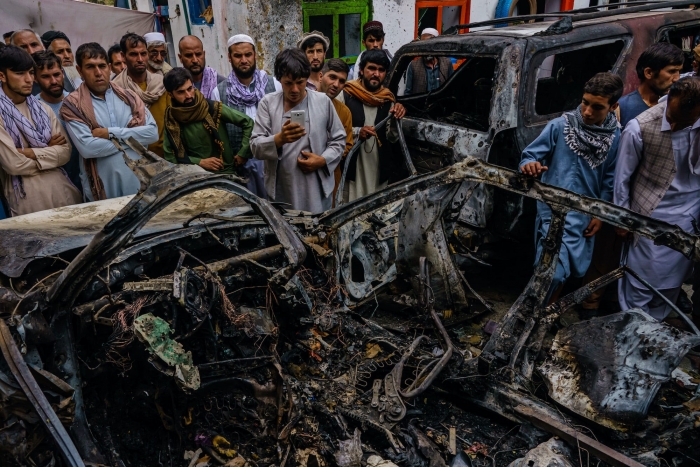 The family of 10 Afghans killed in error by a US drone strike last month said the US hasn't offered them any compensation, CNN reported.

Ten people, including seven children, died after a US drone hit a compound near Kabul on August 29.

The Pentagon thought it had found an ISIS-K militant preparing a terror attack, but it had actually struck Zemari Ahmadi, an aid worker, and his family.

Ahmadi had been observed loading boxes into his car, which the US military believed were full of explosives. Footage obtained by The New York Times showed that...

Read full story
Some content from this outlet may be limited or behind a paywall.
Middle East, Afghanistan, Drone Strikes, Pentagon, National Defense