US declares 23 bird, fish and other species extinct

Environment, Endangered Species
Save for Later
From The Center 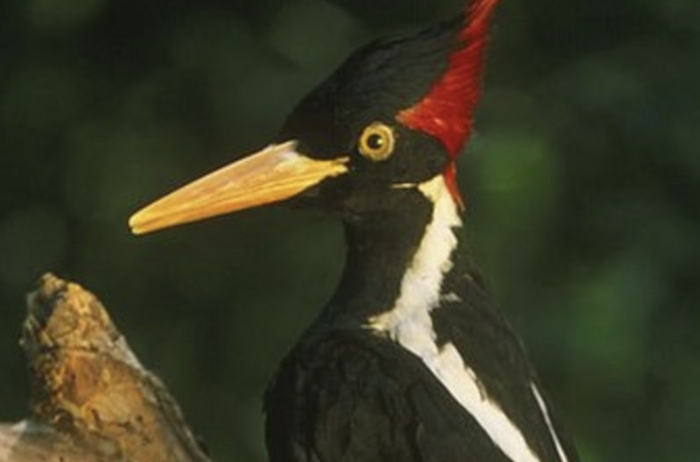 The ivory-billed woodpecker is among 23 species declared extinct by the US Fish and Wildlife Service (FWS).

The service has proposed removing them from the Endangered Species Act (ESA), which protects species under threat.

In all, 11 birds, one bat, two fish, one plant and eight types of mussel have been declared extinct.

The FWS said it had made the determination based on "rigorous reviews of the best available science for each of these species".

"Each of these 23 species represents a permanent loss to our nation's natural heritage and...

Women are our climate leaders, but at COP26 they're struggling to be heard
CNET

News
These 4 charts explain why the stakes are so high at the U.N. climate summit
NPR (Online News)

News
U.S. climate credibility on the line as Biden heads to COP26
Reuters

Opinion
The fate of the planet will be negotiated in Glasgow, Scotland
Vox

Analysis
Huntington Beach Has Reopened, But the Aftermath of the Oil Spill Is Far From Over
Mother Jones