voting rights and voter fraud, 2020 Election, Elections, Maricopa County
Save for Later
From The Right 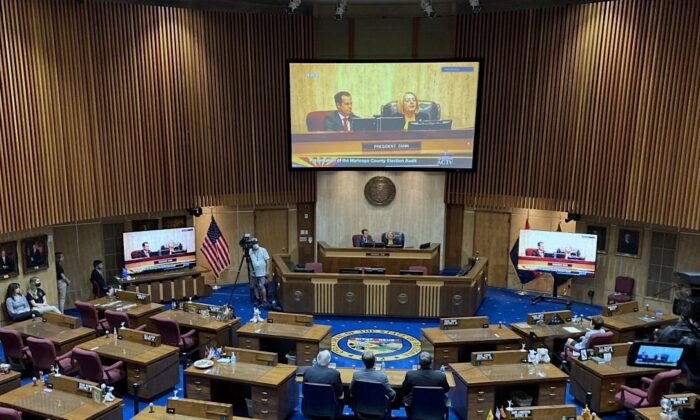 Arizona lawmakers were told on Friday during a hearing on an audit conducted in the state’s most populous county of inconsistencies uncovered during a forensic audit into the 2020 election.

The Maricopa County audit was commissioned by Republicans in the Arizona Senate.

Senate President Karen Fann, a Republican, issued a letter on the same day to Arizona Attorney General Mark Brnovich recommending further investigation following the audit’s findings. In the letter, she raised concerns over signature verification on mail-in ballots, the accuracy of voter rolls, the securing of election systems, and the record-keeping of evidence related to the elections.

“I am therefore forwarding the reports for your office’s consideration and, if you find it appropriate, further investigation as part of your ongoing oversight of these issues,” Fann told Brnovich in the letter.

Brnovich, a Republican running for the U.S. Senate, said in a statement, “I will take all necessary actions that are supported by the evidence and where I have legal authority. Arizonans deserve to have their votes accurately counted and protected.”

Read full story
Some content from this outlet may be limited or behind a paywall.
voting rights and voter fraud, 2020 Election, Elections, Maricopa County