Why are so many Haitians at the US-Mexico border?

Immigration, Border Crisis, Del Rio, Haiti
Save for Later
From The Center 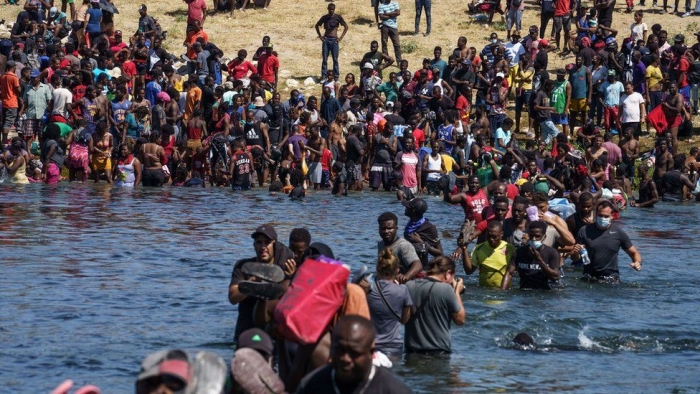 Thousands of predominantly Haitian migrants are still camped at the US border, where officials have struggled to provide them with food and sanitation.

Many of the migrants are fleeing natural disasters, poverty and political turmoil, and making a treacherous journey through Latin America to reach the border.

Who are the migrants?

While citizens of several countries are represented in the migrant camp in Del Rio - including Dominicans, Venezuelans and...

China Terminates Cooperation with US After Pelosi's Taiwan Visit
News

Calling busing of migrants from Texas a “humanitarian crisis,” Washington mayor asks for help from National Guard
The Texas Tribune

More than a million could die waiting for green cards as U.S. immigration buckles amid COVID
Los Angeles Times