U.S. envoy resigns over expulsions to Haiti from Texas camp

Immigration, Haiti, border expulsions
Save for Later
From The Center 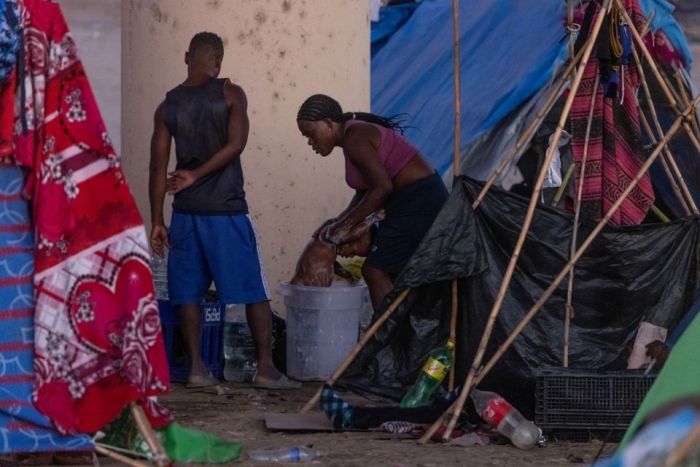 The U.S. envoy to Haiti dramatically resigned on Thursday in a letter that excoriated Washington for deporting hundreds of migrants to the crisis-engulfed Caribbean nation from a border camp in recent days.

The resignation was confirmed by a senior official at the U.S. State Department.

"I will not be associated with the United States' inhumane, counterproductive decision to deport thousands of Haitian refugees and illegal immigrants," Daniel Foote said in a letter addressed to Secretary of State Antony Blinken that circulated publicly on Thursday.

Foote, a career diplomat named in...

Apprehensions of undocumented migrants crossing the southern U.S. border passed 1.7 million in fiscal year 2021 to hit an all-time high, according to Customs...

The U.S. war on immigrants is worsening the labor shortage. But some Americans would rather destroy the supply chain and shutter industries than admit it –...

The U.S.-Mexico Border - Where Reality Clashes With American Idealism
OPINION

The continuing migrant saga at the U.S.—Mexico border seems to have boxed the Biden Administration into a corner where it is not effectively and humanely...

Arrests by the Border Patrol are at their highest levels ever, The Washington Post reported early Wednesday, citing unpublished U.S. Customs and...

Border officials encountered the third-highest number of migrants at the southern border on record, reaching more than 1.7 million apprehensions,...

U.S. authorities detained more than 1.7 million illegal immigrants at the southern border during the 2021 fiscal year that ended in September as arrests by...

Almost three weeks into October, the U.S. Customs and Border Protection (CBP) still has not publicly released the number of “encounters” with migrants trying...

For months, Texas ranchers have dealt with a relentless stream of illegal aliens traversing their property, cutting fences, breaking into their homes, and...