NYC Will Invest $75 Million in Electric Vehicles and Charging Infrastructure 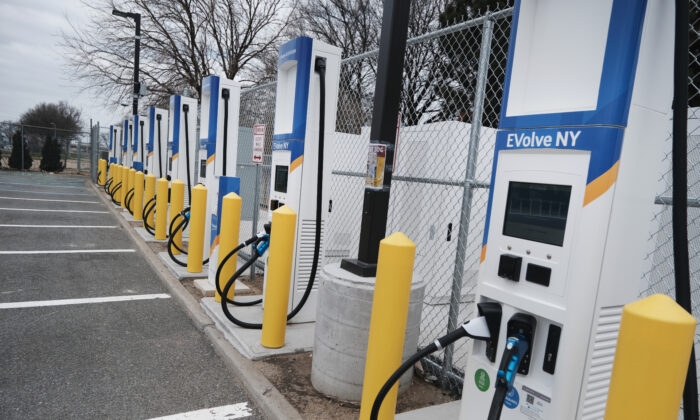 The New York City mayor announced on Wednesday a new $75 million investment in state electric vehicles and charging infrastructure as a part of a bigger initiative to transition the entire city fleet to electric vehicles.

The plans will replace 300 gas-powered city fleet vehicles and retrofit 125 diesel-powered trucks to run on electricity, Mayor Bill de Blasio said, according to a statement.

Nearly 275 electric chargers, 20 portable chargers that can be moved around the city,...

Read full story
Some content from this outlet may be limited or behind a paywall.
Sustainability, Environment, Energy, New York City, New York, Transportation, Infrastructure

Understanding the War In Ukraine

Decarbonizing US Energy System Would Save 50,000 Lives and $600 Billion a Year: Study
Common Dreams