Criminal Justice, police reform, Police Brutality, bipartisanship
Save for Later
From The Center 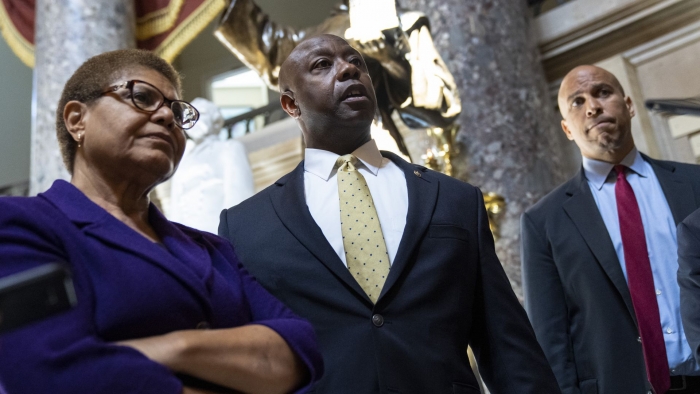 Bipartisan talks on reforming police tactics and accountability, prompted by George Floyd's murder in May 2020, have ended without a compromise, Sen. Cory Booker (D-N.J.), a key negotiator, said Wednesday.

Why it matters: Lawmakers, led by Rep. Karen Bass (D-Calif.) and Sens. Tim Scott (R-S.C.) and Booker, had been working toward a bipartisan deal for months but things fell apart due to disagreements on qualified immunity and other issues.

Qualified immunity is a legal doctrine that shields officers from lawsuits unless they violate a clearly established constitutional right. It generally means public officials are shielded from an overwhelming majority of civil rights lawsuits.

The House of Representatives passed the George Floyd Justice in Policing Act in March but that version was opposed by Scott, the Senate's lone Black Republican, who in turn agreed to work with Bass and Booker on a compromise.