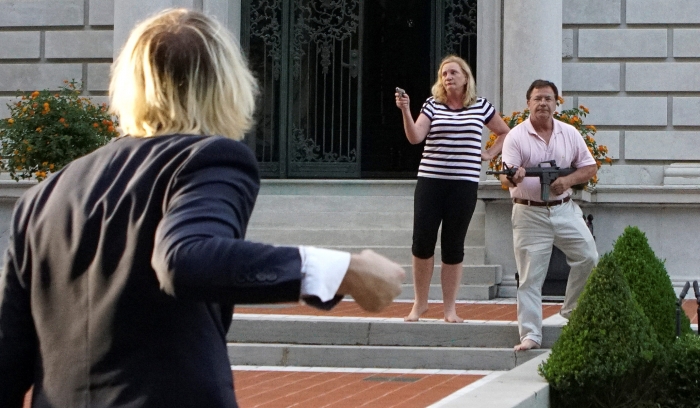 A Missouri official has asked the state Supreme Court to suspend the law licenses of Mark McCloskey and Patricia McCloskey, the armed St. Louis couple who confronted Black Lives Matter protesters outside their mansion last year.

Read full story
Some content from this outlet may be limited or behind a paywall.
Gun Control and Gun Rights, George Floyd protests, Mark McCloskey, Patricia McCloskey

Gun Violence in America Could Soon Get Worse
Mother Jones

Analysis
What if Cops Needed Permission to Draw Their Guns?
Slate

News
A Texas judge threw out the NRA's bankruptcy case, clearing the way for New York's attempts to dissolve the group
Insider

News
There Have Been, On Average, 10 Mass Shootings In The U.S. Each Week This Year
NPR (Online News)