What does ‘off the record’ mean? The latest journalism controversy

Media industry, media literacy, Journalism, Media Bias
Save for Later
From The Center 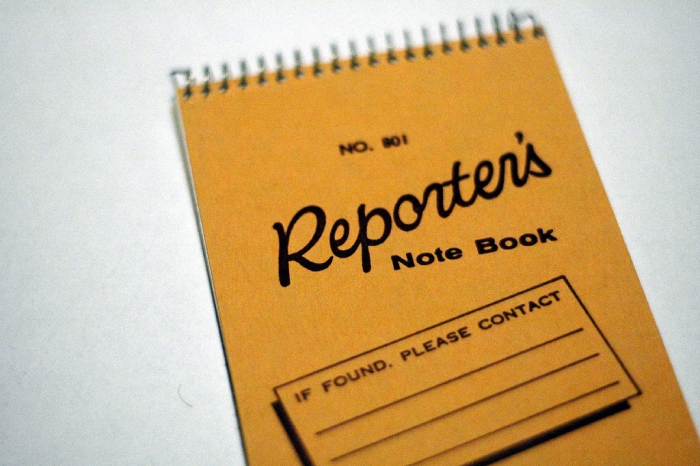 It’s a well-known journalism phrase. So well known, in fact, that even those outside the business are familiar with it.

But what does it actually mean?

Fellows Discussion: The Reality of Working in Politics

For months, Facebook has been shaken by a steady leak of documents from whistleblower Frances Haugen, beginning in The Wall Street Journal ...

Facebook has confronted whistleblowers, PR firestorms and Congressional inquiries in recent years. But now it faces a combination of...

A high-level editor at the powerful German tabloid Bild was trying to break things off with a woman who was a junior employee at the paper. He was 36...

Sinclair Broadcast Group, the parent company of dozens of news stations across the U.S., was hit by ransomware over the weekend. Sinclair said in a ...

The next big cyberthreat isn't ransomware. It's killware. And it's just as bad as it...
ANALYSIS

Even as most Americans are still learning about the hacking-for-cash crime of ransomware, the nation’s top homeland security official is worried about an ...

Too big to cover alone: Newsrooms team up

News outlets are increasingly willing to work together on big, multifaceted stories — including this week's reporting on leaked documents from a Facebook...

Two years ago, Apple threatened to pull Facebook and Instagram from its app store over concerns about the platform being used as a tool to trade and sell maids...

The Facebook Papers, a series of articles published by a consortium of 17 U.S. news outlets beginning on Friday, shed new light on the company’s...

One tool was abandoned, WSJ report on internal debates says. Another one, known as “Informed Engagement,” reduced the reach of posts that were more likely...

A New York Times columnist boasting decades of experience with words is now trying to convince his state that he can put them into action. On...

Zuckerbucks 101: How A Media Mogul Took Over The 2020 Election And Why GOP Leaders Must Never Let...
OPINION

The last election was unacceptable. And before the next one, more Republican leaders must wake up to the mess that was created in 2020 and refuse to accept...

Piers Morgan is joining the New York Post as a columnist in a global deal with News Corp and FOX News Media. Morgan, 56, will bring his vast experience and...