Capitol Chaos, US Capitol, National Security, Defense And Security
Save for Later
From The Center

A few hundred protesters gathered around the US Capitol on Saturday, for a rally in support of the pro-Trump rioters who ransacked the building on 6 January.

But the group were easily outnumbered by the police and journalists present.

Ahead of the event, police said they had detected "threats of violence" and security was tightened in Washington.

Organisers had a permit for 700 to attend, but only about 100 to 200 protesters turned up, Reuters reports. 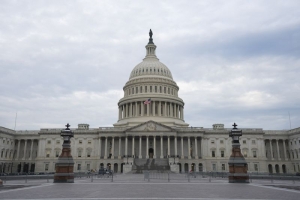 News
Abolish the FBI? Some Experts Say It's Time
CBN