Pipelines, Amazon, Exxon, Minnesota, Construction, Environment
Save for Later
From The Left 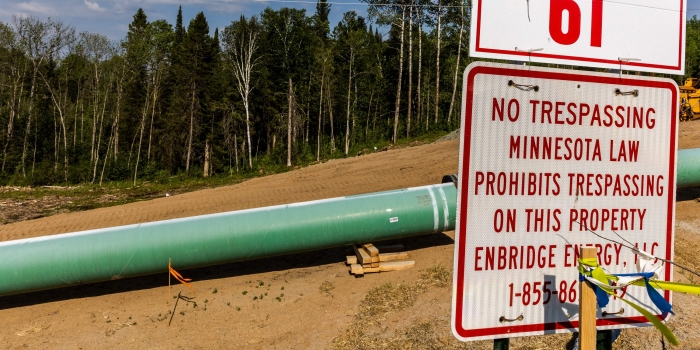 The head of security for the oil transport company Enbridge built his résumé managing Exxon Mobil’s response to community protests in Nigeria and helping oversee Amazon’s Global Security Operations Center, a division that has monitored environmental groups and union organizers.

Now, at Enbridge, Troy Kirby oversees efforts to combat a protest movement aimed at stopping construction of the company’s Line 3 pipeline in Minnesota. Enbridge’s security operation has drawn criticism for its efforts to influence the police response to the Indigenous-led movement, whose members are known as water protectors.

Read full story
Some content from this outlet may be limited or behind a paywall.
Pipelines, Amazon, Exxon, Minnesota, Construction, Environment

AllSides Media Bias Rating: Left
You agree.
Thank you! Community votes alone don't determine our ratings, but are valuable feedback and can prompt us to do more research.
106710/84317