2020 Is Toxic for Republicans 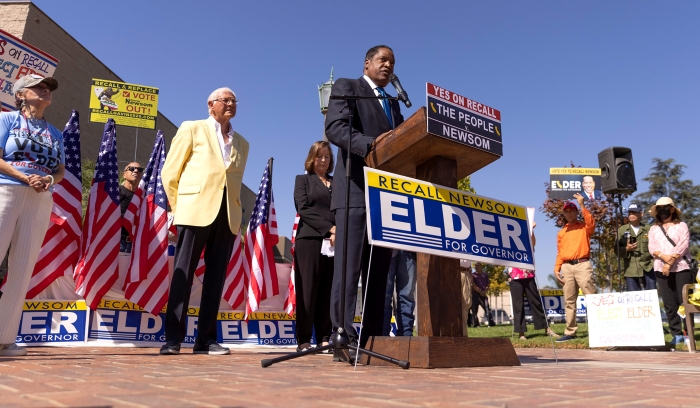 The best indication that Larry Elder was going down hard in the California recall wasn’t the polling, although that all swung the wrong way in the final weeks, but his suggestion late in the campaign that Democrats were going to steal the election.

Preemptive excuse-making isn’t a sign of great confidence — the winning side never complains of cheating.

Sure enough, incumbent governor Gavin Newsom cruised to a victory made a little easier, as it happens, by Elder’s insistence that Republicans were robbed in 2020 and about to be robbed again.