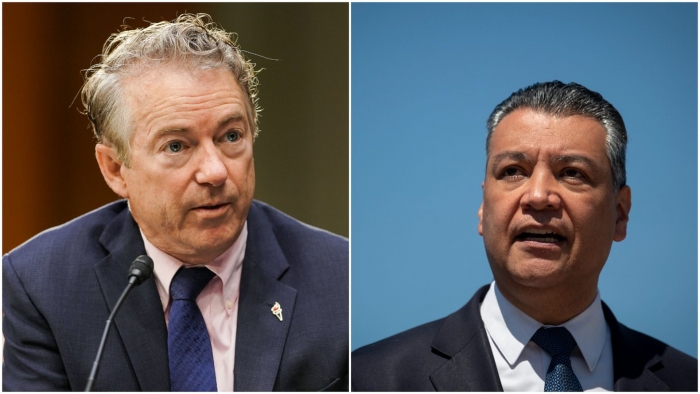 Sens. Alex Padilla (D-Calif.) and Rand Paul (R-Ky.) on Wednesday introduced a bill that seeks to provide a pathway to citizenship for the country's 200,000 "Documented Dreamers."

Why it matters: Documented Dreamers are children of long-term visa holders who often wait years for a green card and face deportation if they don't receive legal immigration status after turning 21, when they lose dependent status.

They come to the U.S. as dependents of long-term nonimmigrant visa holders, including H-1B, L-1, E-1 and E2 workers. Backlogs mean they often have to wait for a green card or other forms of immigration status for years or even decades.

Most are Asian American, according to Dip Patel, a Documented Dreamer and the president of the immigration advocacy group Improve the Dream. Roughly 70% emigrate from India, Patel said.

Details: Padilla and Paul's legislation, called the America's Children Act, would provide a pathway to permanent residency and establish age-out protections that lock in a child's age on the date they file for a green card rather than the final action date.