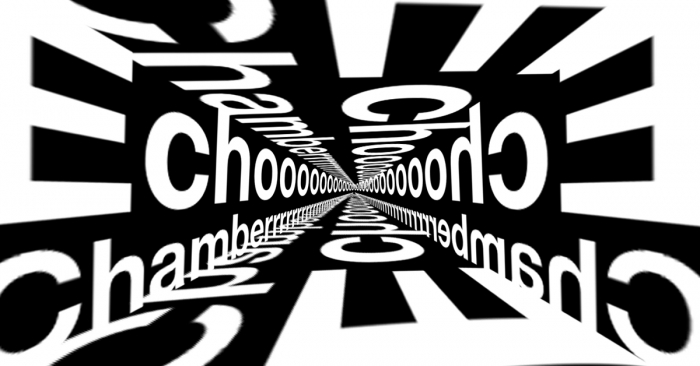 Preaching to the choir, shouting in an echo chamber — whatever your preferred metaphor is, a study published earlier this week in the Journal of the European Economic Association sheds some light on what may be happening when people are surrounded by others with like-minded views — and especially when they have a tough time gauging whether the information being presented within the chamber is accurate.

The researchers behind the study, who are economists at the University of California, Santa Barbara, conducted an experiment among 220 college students. The underlying concept driving the study was this idea of motivated belief — where a person believes something because they want it to be true, not necessarily because that belief is supported by facts or other evidence.

This kind of reasoning often plays out in the political realm, where underlying biases or wanting a particular outcome could cause people to hold onto beliefs that are factually inaccurate. A simpler example might be how fans of competing sports teams can have wildly different takes on a referee’s call, because each fan wants their respective team to win.

In the news context, there are plenty of reasons why knowing how people operate in echo chambers is important. But for the purpose of the experiment, the researchers used IQ scores, which are subject to the natural bias and motivated belief that people want to believe themselves smarter than they perhaps are. Participants took an IQ test and were then told they were either in the high IQ group or a lower IQ group, and were asked — using sliders on a computer screen — to gauge the probability that they were in the high group. There was a literal payoff in the form of a monetary prize for ultimately being correct about the group they were in. Optimistic people were more likely to slide that scale higher than their pessimistic counterparts.