Trade, Business, Transportation, North America, Canada, Mexico
Save for Later
From The Center 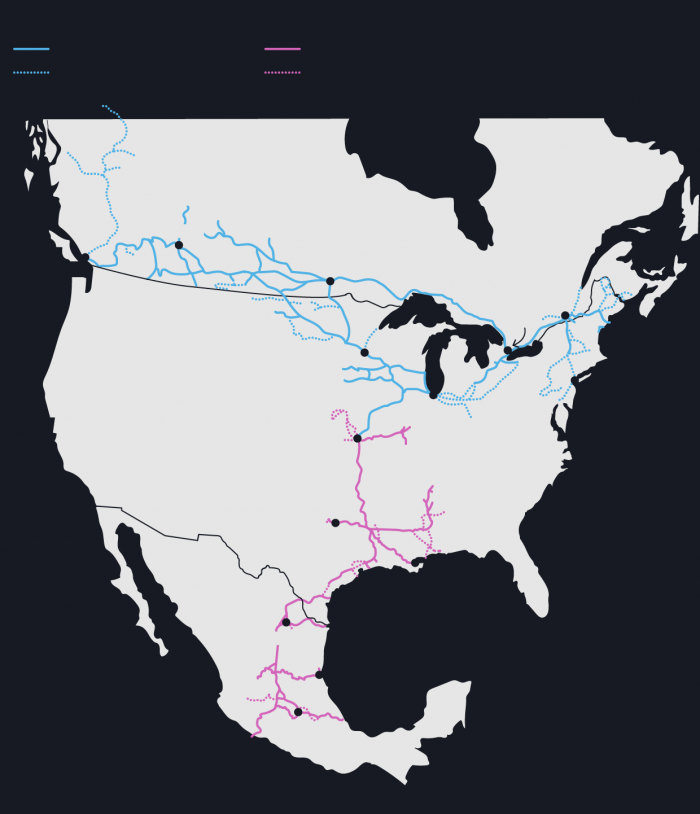 Freight trains may soon travel more easily between Canada, the US, and Mexico after Canadian Pacific Railway finalized a deal to buy Kansas City Southern, positioning itself to become the first rail network connecting the three countries.

The agreement, which is valued at $27 billion, comes after a lengthy battle between Canadian Pacific and its rival, Canadian National, which submitted a $30 billion counter-offer to Kansas City Southern in March that was ultimately rejected by a US regulatory panel.

Read full story
Some content from this outlet may be limited or behind a paywall.
Trade, Business, Transportation, North America, Canada, Mexico

A trade group for air cargo giants like UPS and FedEx is sounding the alarm over an impending Dec. 8 vaccine deadline imposed by President Joe Biden,...

Forget about The Grinch: It looks like supply chain disruptions may steal Christmas this year. But will these problems be resolved by early 2022?...

The backlog of cargo ships in southern California reached an all-time high this week as a supply chain crisis continues to overwhelm America’s...

The global supply chain nightmare is about to get worse

Retailers and manufacturers are overordering or placing orders too early amid panic over the massive supply chain crisis, and that’s making things much worse,...

LA port to open round the clock to tackle shipping queues

One of biggest US ports will start operating 24 hours a day to try to clear long queues of cargo ships stuck waiting outside. It comes as officials scramble...

Global supply chains are at risk of collapse unless governments worldwide restore freedom of movement to transport workers and give them priority over vaccines...

Car manufacturers including Ford, Volkswagen and Daimler are still struggling to deal with the impact of the global chip shortage,...

The Biden administration is announcing changes in trade policy with China aimed at forcing the country to follow through on "unfilled commitments" in...