France cancels DC gala after being left out of AUKUS pact

Foreign Policy, AUKUS
Save for Later
From The Right 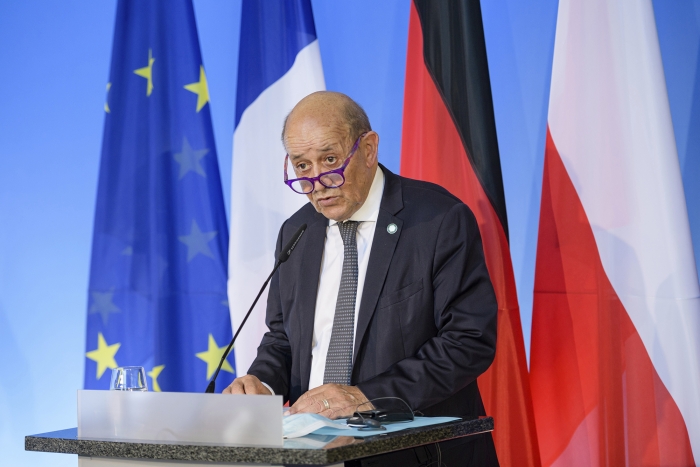 After calling the Biden administration’s failure to include France in the national security pact with the United Kingdom and Australia a “stab in the back,” French officials on Thursday canceled a gala at their Washington embassy, a new report says.

French officials canceled the Friday affair, which was set to commemorate the “240th Anniversary of the Battle of the Capes” at the embassy and on a French frigate in Baltimore, Maryland, according to the New York Times.

The United States plans to ease restrictions on travel for fully vaccinated visitors from Canada and Mexico starting in early November, relaxing bans that have...

The Biden administration will open up U.S. land borders with Canada and Mexico to non-essential travel starting in November — but only to those fully...

The Organization for Economic Cooperation and Development on Friday announced a major breakthrough on corporate tax rates, after years of disagreement. The...

US to reopen land borders next month for fully vaccinated

After a 19-month freeze due to the COVID-19 pandemic, the U.S. is set to announce that it will reopen land borders with Canada and ...