National Defense, National Security, Mark Milley, Defense And Security
Save for Later
From The Center 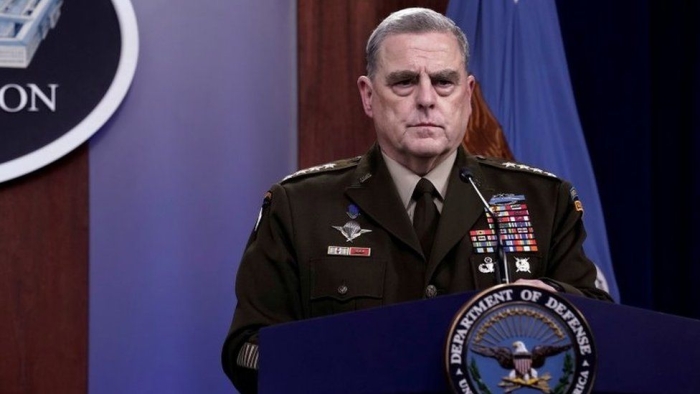 Top US General Mark Milley has defended himself after a book reported he had "secret" phone calls with China amid concerns about then-President Donald Trump.

The calls last October and January were to reassure the Chinese military, Gen Milley said on Wednesday.

Mr Trump said the claims were fabricated and Republicans have called for the general to be fired.

Gen Milley's spokesman said that the calls were in keeping with his "duties and responsibilities conveying reassurance in order to...

How Accurate Are Mark Esper's Allegations Against Trump?
PERSPECTIVES BLOG