Middle East, Afghanistan, Joe Biden, National Defense
Save for Later
From The Right 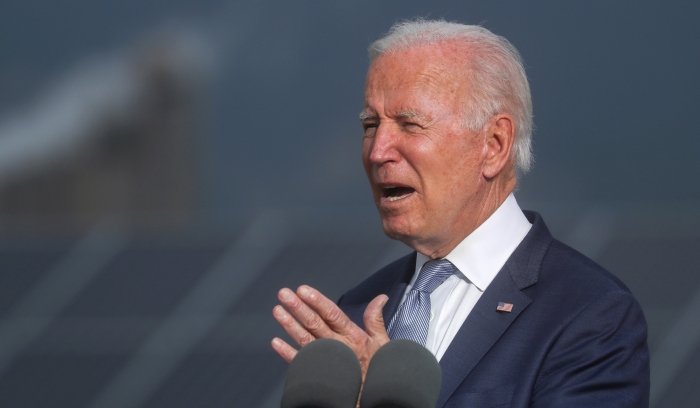 After inheriting the Afghanistan quagmire from his predecessor, newly elect President Biden was staunchly committed to withdrawing troops from the country despite dissent from military advisers.

Remembering the iron grip they held on former President Obama, Biden refused to be beholden to military leaders in making foreign policy decisions, despite his own lack of military experience. Biden rejected the recommendations of Secretary of State Antony Blinken and Secretary of Defense Lloyd Austin to delay the U.S. pull-out from Afghanistan, Bob Woodward and Robert Costa reveal in their upcoming book Peril, a copy of which was obtained by CNN.

While he first supported Biden’s plan for a full withdrawal, Blinken switched his position after a March meeting of NATO ministers to advocate for maintaining a military presence in order to maintain diplomatic leverage.

“Previously, he had been foursquare with Biden for a full withdrawal,” the authors write. “His new recommendation was to extend the mission with US troops for a while to see if it could yield a political settlement. Buy time for negotiations.”

Read full story
Some content from this outlet may be limited or behind a paywall.
Middle East, Afghanistan, Joe Biden, National Defense