The GOP Is Going After Pennsylvania Voters’ Most Sensitive Data

Privacy, voting rights and voter fraud, Elections, Republican Party, Pennsylvania
Save for Later
From The Left 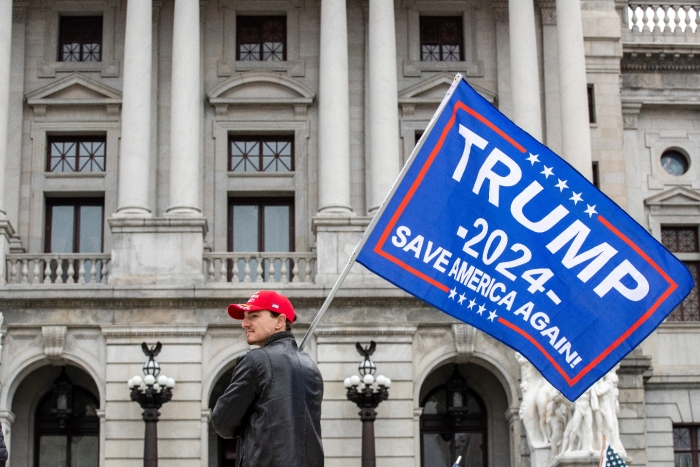 After months of pressure from former President Donald Trump, who lost the state but claims it was stolen, Pennsylvania Republican lawmakers are subpoenaing voter data as part of a shambolic probe into the 2020 election.

As part of the subpoena, which passed a Republican-led state Senate committee Wednesday morning, legislators are seeking troves of information about the 2020 election: The names and dates of birth, addresses, and partial social security numbers of every registered voter in Pennsylvania as of November 2020 from the state Secretary of State, as well as communications between state and local election officials in every county, according to PA Spotlight and the Philadelphia Inquirer.

“There have been questions regarding the validity of people...who have voted, whether or not they exist,” Republican state Sen. and committee chair Cris Dush said during the hearing Wednesday. “We’re not responding to proven allegations. We are investigating the allegations to determine whether or not they are factual.”

An audit carried out by the Pennsylvania Secretary of State and 63 counties earlier this year found “strong evidence of the accuracy” of the vote count from November. President Joe Biden handily beat Trump in Pennsylvania last year, after Trump defeated Hillary Clinton there in 2016.