Abortion, DOJ, Texas abortion law
Save for Later
From The Right 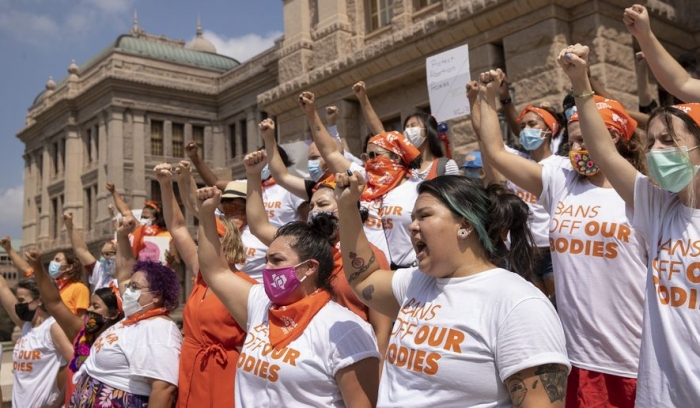 The Department of Justice on Tuesday night filed an emergency motion for a temporary restraining order and a preliminary injunction in the U.S. District Court for Western Texas.

In the 49-page complaint, the DOJ said Texas’ ban on abortions after a fetal heartbeat is detected, which typically occurs about six weeks into a pregnancy, unlawfully curtails women’s reproductive rights.

The law bans most pre-viability abortions, including in instances of rape or incest, which the DOJ says is a violation of the 1992 Supreme Court ruling in Casey v. Planned Parenthood, which found that states cannot prohibit a pregnant woman from deciding to terminate a pregnancy before viability.

The complaint also states that Texas designed the law to make it harder to challenge in court because it cannot be enforced by public officials, who typically are named as defendants in lawsuits seeking to block such laws.

Instead, the DOJ says that individuals can be deputized to serve as “bounty hunters” who can receive up to $10,000 for successfully suing anyone who helps someone receive a procedure.

“Texas devised an unprecedented scheme that seeks to deny women and providers the ability to challenge [it] in federal court,” the lawsuit states. “This attempt to shield a plainly unconstitutional law from review cannot stand.”

Read full story
Some content from this outlet may be limited or behind a paywall.
Abortion, DOJ, Texas abortion law