China, Taliban, Middle East
Save for Later
From The Right 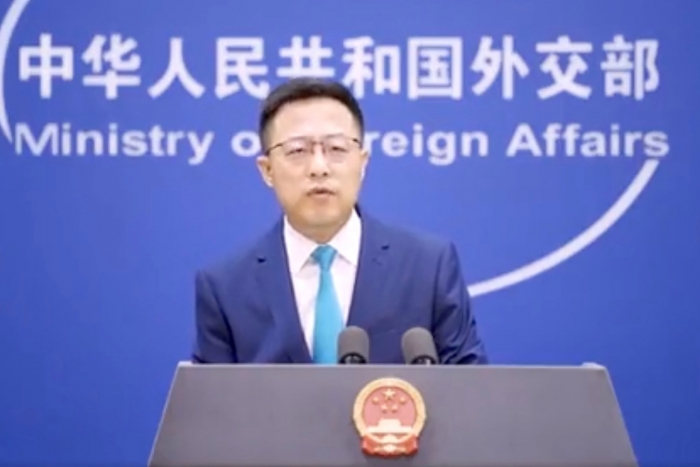 “The graveyard of EMPIRES and their WAR MACHINES. Talibans have turned their planes into swings and toys,” Zhao tweeted alongside the video.

It wasn’t immediately clear where the footage was taken, or if it was filmed after US troops withdrew from Afghanistan.

The video shows what appears to be a group of...

Taiwan will not bow to pressure and nobody can force it to accept the path China has laid out for the self-governing democracy, President Tsai Ing-wen said...

China’s Xi vows peaceful ‘unification’ with Taiwan, days after sending a surge of warplanes near...

'A war scare'? US-China tensions flare over Taiwan as some fear cold war – or worse

Tensions between the U.S. and China have flared in recent days as the Biden administration rebuked Beijing for its military aggression against Taiwan,...

China Cracks Down Harder on Cryptocurrency With New Ban

China intensified its crackdown on cryptocurrency on Friday, declaring all financial transactions involving cryptocurrencies illegal and issuing a nationwide...

A GRANT PROPOSAL written by the U.S.-based nonprofit the EcoHealth Alliance and submitted in 2018 to the Defense Advanced Research Projects Agency,...

Microsoft Corp. is shutting down LinkedIn in China following increased regulatory scrutiny, but the software giant has other businesses still exposed...

The World Health Organization (WHO) on Wednesday named 26 scientists to a new advisory board that will study the origins of the COVID-19 pandemic...

Taiwan’s president on Sunday vowed to defend the island from China’s rising pressure for reunification, after a week of unprecedented tensions with Beijing...

The Taiwanese president stood firm against Chinese President Xi Jinping in a speech Sunday and said the island, which is separated from China by the Taiwan...

A World Health Organization (WHO) collaborator, who reviewed a coronavirus research grant application unearthed last month, confirmed that the language of the...

With record numbers of military flights near Taiwan over the last week, China has been showing a new intensity and military sophistication...

A pair of top House Republicans demanded information from several progressive organizations on their ties to the Chinese Communist Party. Rep. Cathy...