More than 10 million US citizens live with an undocumented immigrant

Immigration, Undocumented Immigrants
Save for Later
From The Center 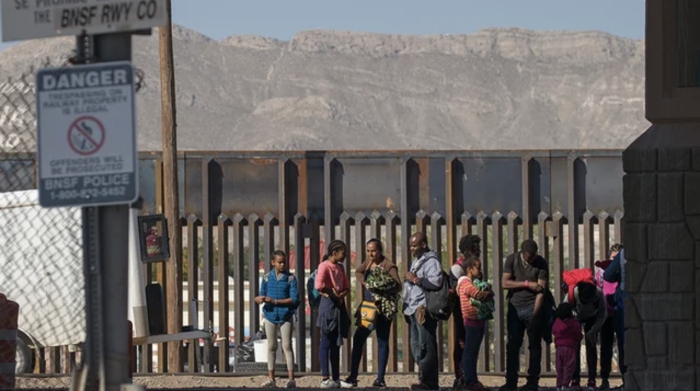 More than 10 million U.S. citizens share a household with an undocumented immigrant, according to a new analysis of Census Bureau data by immigration advocacy group FWD.us.

Nearly half of those U.S. citizens, 4.9 million, are children who have at least one undocumented parent.

The report shows the extent to which undocumented immigrants are integrated in their communities, with 22 million people living in mixed status households.

Refugee Resettlement and the America We Are Becoming

The Biden administration on Tuesday announced U.S. immigration authorities will no longer carry out mass arrests of unauthorized immigrants at work sites,...

Most people in US favor Afghan ally refugees: AP-NORC poll

Most people in the U.S. want to see Afghans who worked with Americans offered resettlement in the United States, a new poll shows, confirming support across...

How much blame does Biden shoulder for immigration struggles?

When President Biden took office, he vowed to “undo the moral and national shame” of the Trump administration’s hard-line approach to immigration. But in the...

The State Department's inspector general is launching a series of investigations into the Biden administration's last diplomatic moves in Afghanistan...

The Biden administration is planning to reinstate former President Donald Trump’s “Remain in Mexico” policy in November, CBS News reported on Friday. A...

At least 160,000 illegal immigrants have been released into the U.S., often with little to no supervision, by the Biden administration since...