China, Taliban, World
Save for Later
From The Right 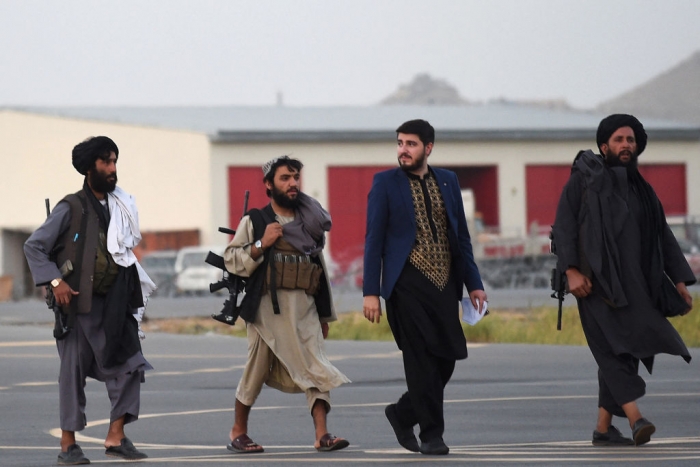 The Taliban has continued to express interest in having a close relationship with China. As the Taliban makes way with preparations for its new interim government’s inauguration ceremony, China has extended its hand to the terrorist regime.

While speaking on Chinese State Media on Wednesday, a spokesman for the Taliban said the terrorist organization is extremely interested in working with China in order to rebuild Afghanistan.

“Our policy is to have a good relation with China. This is based on our policy,” said Suhail Shaheen, a Taliban spokesman.

Read full story
Some content from this outlet may be limited or behind a paywall.
China, Taliban, World

The US suffered a setback in the race with China and Russia to develop hypersonic weapons when its latest test failed, the Pentagon said in a...

The National Institutes of Health said on Wednesday that a nonprofit group under fire from some Congressional Republicans for its research collaborations in...

Taiwan will not bow to pressure and nobody can force it to accept the path China has laid out for the self-governing democracy, President Tsai Ing-wen said...

China’s Xi vows peaceful ‘unification’ with Taiwan, days after sending a surge of warplanes near...

Microsoft Corp. is shutting down LinkedIn in China following increased regulatory scrutiny, but the software giant has other businesses still exposed...

The World Health Organization (WHO) on Wednesday named 26 scientists to a new advisory board that will study the origins of the COVID-19 pandemic...

Taiwan’s president on Sunday vowed to defend the island from China’s rising pressure for reunification, after a week of unprecedented tensions with Beijing...

Documents released yesterday by the National Institutes of Health (NIH) appear to contradict previous claims by the EcoHealth Alliance regarding the subject of...

It’s another Fauci flub. The National Institutes of Health has stunningly admitted to funding gain-of-function research on bat coronaviruses at...

A top NIH official admitted in a Wednesday letter that U.S. taxpayers funded gain-of-function research on bat coronaviruses in Wuhan and revealed...

Recent aggression toward Taiwan by the Chinese communist regime shows that Beijing is looking to test the resolve of the Biden administration,...

Sen. Lindsey Graham sent a letter to Senate leadership on Wednesday ​requesting members of the chamber be briefed by the intelligence community and the Defense...