What happens when protesters take over for the police?

Culture, George Floyd Protests
Save for Later
From The Center 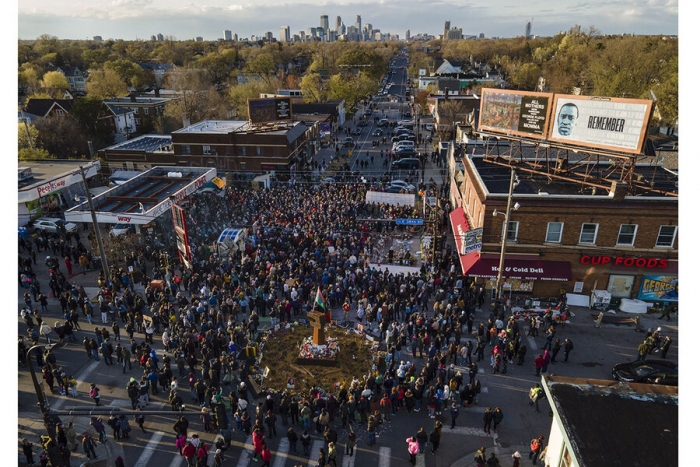 When Michael McQuarrie entered the George Floyd Square autonomous zone for the first time last year, he felt as if he was entering a freer, friendlier, and, in some ways, edgier America.

To some, the neighborhood had become the “Free State of George Floyd.” To him and many there, it proved more broadly that a community can not only function, but thrive, without police authority: that physical autonomy empowers citizens.

And then there were the gun shots.

“Policing in Black and trans communities has been so brutal over 30, 40...

Read full story
Some content from this outlet may be limited or behind a paywall.
Culture, George Floyd Protests

How Accurate Are Mark Esper's Allegations Against Trump?
PERSPECTIVES BLOG

News
Are you better off today than a year ago? Most Americans say no
Fox News (Online News)

Analysis
Everyone wants forgiveness, but no one is being forgiven
Vox

News
‘Star Trek’ Showrunner Gushes About Stacey Abrams Cameo: ‘Can’t Think Of Anyone Better To Represent The President Of Earth’
The Daily Wire

Analysis
“Look At What We’re Doing With Your Money, You Dick”: How Peter Thiel Backed An “Anti-Woke” Film Festival
BuzzFeed News

News
LGBT Identification in U.S. Ticks Up to 7.1%
Gallup