US Military, Joe Biden, Sean Spicer
Save for Later
From The Center 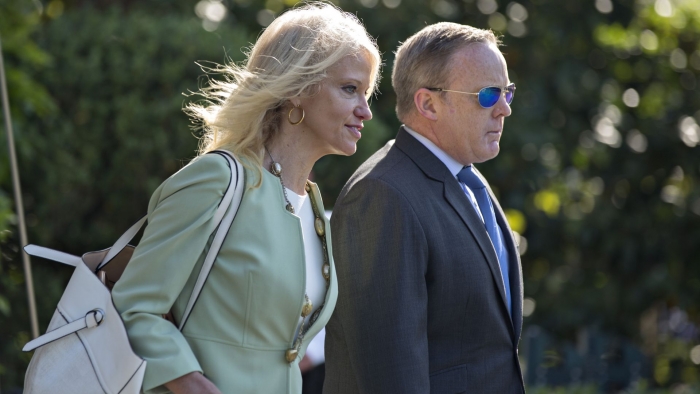 The Biden administration has asked 18 members of military service advisory boards, including 11 officials appointed by former President Trump, to resign or be fired, the White House confirmed Wednesday.

Why it matters: The officials include prominent former Trump advisors — like former counselor to the president Kellyanne Conway and former press secretary Sean Spicer who were appointed to Air Force Academy and Naval Academy boards respectively — just before the former president left office.

Other officials include former national security adviser H.R. McMaster on the West Point board, former Office of Management and Budget director Russell Vought on the Naval Academy's board and former White House liaison to the Justice Department ​​Heidi Stirrup.