coronavirus, Wuhan lab
Save for Later
From The Right 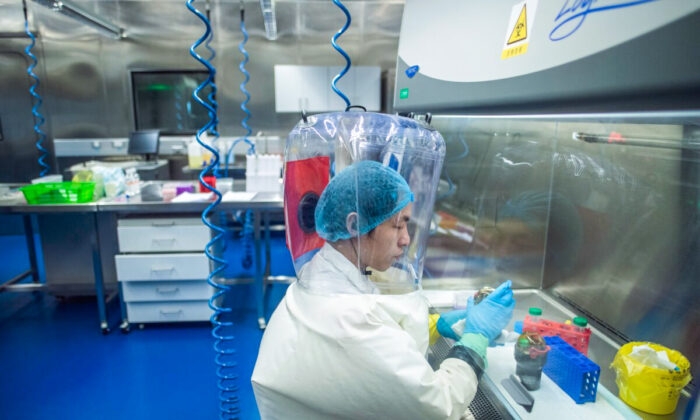 New documents have been released detailing U.S.-funded research on various types of coronaviruses at the Wuhan Institute of Virology in China, where the first outbreak of the CCP (Chinese Communist Party) virus occurred.

More than 900 pages of materials were obtained by The Intercept in connection with a Freedom of Information lawsuit by the publication against the National Institutes of Health (NIH).

The documents detail the work of the EcoHealth Alliance, a U.S.-based health organization that used federal money to fund research into bat coronaviruses at the Chinese lab.

They include two previously unpublished grant proposals funded by the National Institute of...

Read full story
Some content from this outlet may be limited or behind a paywall.
coronavirus, Wuhan lab

PERSPECTIVES BLOG
The Partisan Divide on COVID-19 Vaccine Mandates
NEWS
Can Celebrities Be Our Secret Weapon Against COVID-19?
Psychology Today

Federal regulators evaluated for the first time on Friday the safety and efficacy of a coronavirus vaccine for children 5 to 11, saying that the benefits of...

The Centers for Disease Control and Prevention formally recommended booster shots for many recipients of Moderna and Johnson & Johnson's COVID-19...

The National Institutes of Health said on Wednesday that a nonprofit group under fire from some Congressional Republicans for its research collaborations in...

An independent Centers for Disease Control and Prevention advisory committee on Thursday is set to discuss and vote on booster shots for the Moderna and...

Can Celebrities Be Our Secret Weapon Against COVID-19?
ANALYSIS

Last month, we had the misfortune of hearing about Nicki Minaj’s cousin’s testicles when she tweeted (falsely) that his testicular swelling resulted...

Food and Drug Administration regulators said Friday that the benefits of the Pfizer-BioNTech vaccine for children far outweigh the risks for children...

The Pfizer (PFE.N)/BioNTech COVID-19 vaccine showed 90.7% efficacy against the coronavirus in a clinical trial of children 5 to 11 years old, the U.S...

Millions more Americans can get a COVID-19 booster and choose a different company’s vaccine for that next shot, federal health officials said Thursday....

Virus may have killed 80k-180k health workers, WHO says

Covid has severely affected healthcare staff and may have killed between 80,000 and 180,000, the World Health Organization (WHO) says. Healthcare workers...

Food and Drug Administration researchers found the Pfizer-BioNTech vaccine to be highly effective at protecting kids from COVID-19 – as federal regulators inch...

Sen. Rand Paul of Kentucky says he feels vindicated after the National Institutes of Health revealed that a “limited experiment” at the Wuhan lab in...

The U.S. Centers for Disease Control and Prevention (CDC) has approved booster doses of the COVID-19 vaccines of the Moderna and Johnson & Johnson...

Documents released yesterday by the National Institutes of Health (NIH) appear to contradict previous claims by the EcoHealth Alliance regarding the subject of...