voting rights and voter fraud, race and racism, Elections, election law, Civil Rights, Texas
Save for Later
From The Right 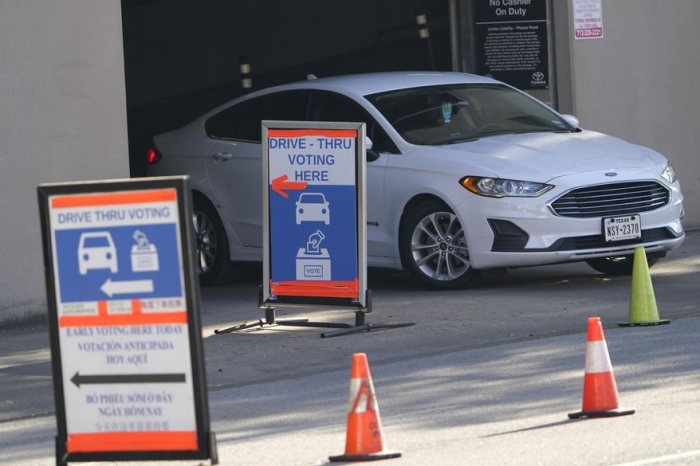 Civil rights groups on Friday filed a lawsuit in federal court trying to block Texas’ new voting legislation, saying it would violate the civil rights of minorities by making it more difficult for them to cast their ballots.

“The Texas Legislature’s claims of voter fraud and voter integrity are merely pretexts for their actual purpose in enacting SB1, which is to make it harder for citizens of color and citizens with disabilities to cast their votes,” said the lawsuit, filed in the U.S. District Court for the Western District of Texas.

The suit, filed by the Mexican American Legal Defense and Educational Fund and New York University’s Brennan Center for Justice, comes just three days after Texas lawmakers on Tuesday passed a number of changes to the states’ voting laws, saying that new rules for 24-hour voting sites and “ballot harvesting” are needed to stop election cheating.

Texas Republican Gov. Greg Abbott has said he will sign the bill.

The suit was filed on behalf of 10 community groups and Harris County Election Administrator Isabel Longoria.

Read full story
Some content from this outlet may be limited or behind a paywall.
voting rights and voter fraud, race and racism, Elections, election law, Civil Rights, Texas