Joe Biden, Hurricane Ida, Disaster, Louisiana
Save for Later
From The Left 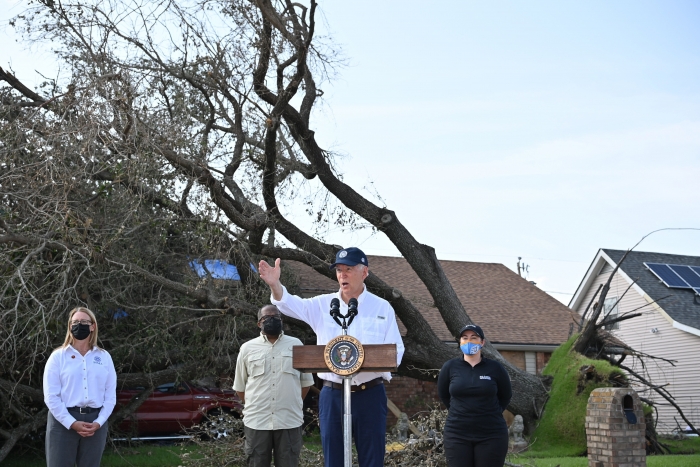 At a briefing with local officials at St. John Parish’s Emergency Operations Center in LaPlace on Friday, Biden said he understood the frustration of many residents with the widespread lack of power.

“There’s nothing political about this. It’s just simply about saving lives and getting people back up and running,” Biden said. “We’re in this together, and so we’re not going to leave any community behind — rural, city, coastal, inland. I promise we’re gonna have your backs until this gets done.”

Five days after the hurricane tore through Louisiana and Mississippi, some 700,000 people are still without power, according to electric company Entergy. Some could remain without electricity for weeks.

The president noted that “things have changed so drastically in terms of the environment,” and called for investments in infrastructure that would be “resilient” to climate change, like building levee systems and putting power lines underground. Such projects would also create “significant, good-paying jobs,” he said.