Qatar and Turkey become Taliban's lifeline to the outside world

Middle East, Taliban, Afghanistan, Qatar, Turkey
Save for Later
From The Center 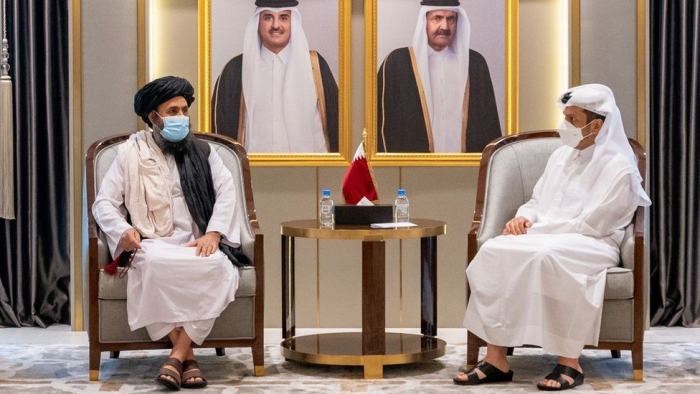 The Taliban's celebratory gunfire crackled over Kabul as the West pulled out this week. But militancy alone is likely to leave the Taliban on its own - globally isolated, with millions of Afghans facing an even more uncertain future.

The world's powers are now scrambling to exert influence amid the return of the country's Islamist rulers. And in the process two nations from the Arab and Muslim world have been emerging as key mediators and facilitators - Qatar and Turkey.

Both are capitalising on a recent history of access to the Taliban. Both eye opportunities. But both are taking a gamble too - which could even stoke old rivalries further afield, in the Middle East.

Officials in the small, gas-rich state of Qatar in the Gulf have provided the lifeline for countries trying to exit.

"No-one has been able to do any major evacuation process out of Afghanistan without having a Qatari involved in some way or another," explains Dina Esfandiary, a senior adviser at the International Crisis Group, a think tank which studies global conflict.