Joe Biden, Ukraine, Russia
Save for Later
From The Right 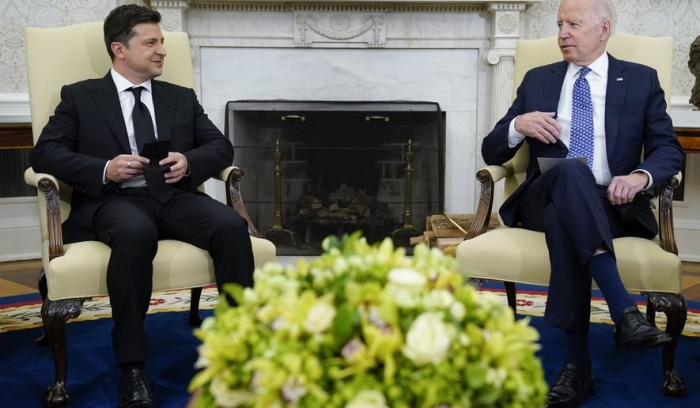 President Biden on Wednesday reassured Ukrainian President Volodymyr Zelenskyy that the U.S. will stand by Ukraine in the face of Russian aggression.

At the first face-to-face meeting between the two leaders at the White House, Mr. Biden said he wants Europe “free and at peace” and safe from Russian aggression.

Mr. Zelenskyy agreed, saying Russian expansion is one of the most critical issues facing his nation, which lost Crimea to Russian annexation and is fighting pro-Russian separatists in eastern Ukraine.

Read full story
Some content from this outlet may be limited or behind a paywall.
Joe Biden, Ukraine, Russia