US House, House Republicans, federal spending, budget reconciliation
Save for Later
From The Right 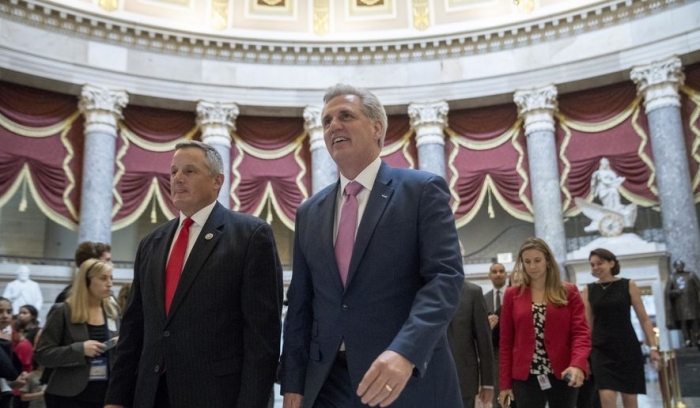 Rep. Bruce Westerman of Arkansas, the top Republican on the House Natural Resources Committee, said Democratic leaders were putting the spending package above the interests of the country.

“America is facing crises both at home and abroad, yet Congress is nowhere to be found,” Mr. Westerman wrote. ”It is past time for us to come back to D.C. and tackle the critical needs of our country.”

“We cannot address these issues if we are bogged down in a morass of reckless spending,” he wrote.

The letter came one day after Democrats on the Natural Resources Committee released a bill laying out how they plan to spend a portion of the $3.5 trillion package. Despite Congress being in recess, Mr. Grijalva is planning to expedite consideration of the bill. As such, the committee has scheduled an initial vote for later this week.

Read full story
Some content from this outlet may be limited or behind a paywall.
US House, House Republicans, federal spending, budget reconciliation