With last plane out of Kabul, America's 20-year war in Afghanistan is over

Middle East, Afghanistan, Taliban
Save for Later
From The Left 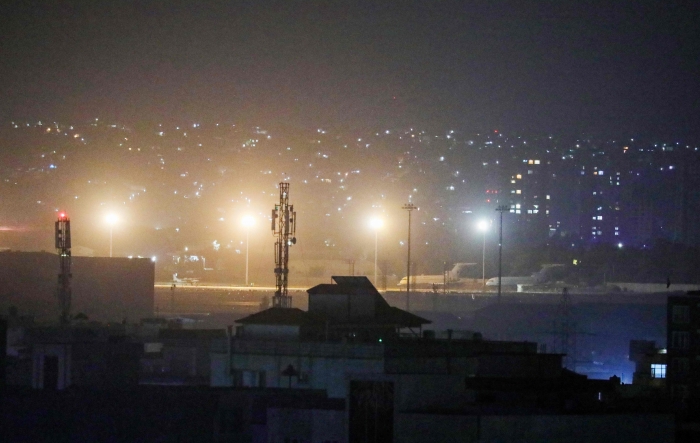 The final U.S. troops in Afghanistan flew out of Kabul Monday at 3:29 p.m. EDT, ending a costly 20-year occupation that started after the 9/11 terrorist attacks and leaving a war-torn country now run by the Taliban.

The retreat, announced by the Pentagon, came one minute before Aug. 31 Kabul time, keeping the U.S. in the country right up until a deadline set by President Joe Biden's administration.

“Now, our 20-year military presence in Afghanistan has ended," Biden said in a statement, calling it the "unanimous recommendation of the Joint Chiefs and of all of our commanders on the ground to end our airlift mission as planned."

In their view, the president said, ending U.S. presence was the "best way" to protect the lives of troops and secure Afghan civilian departures in the weeks and months ahead.

The pullout capped a chaotic withdrawal of U.S. troops that was upended after the Taliban quickly took over the Afghan government this month. It turned deadly when a  terrorist attack killed 13 U.S. service members and more than 160 Afghan civilians on Thursday as the U.S. scrambled to evacuate Americans and Afghan allies in the final days.

"After 20 years of presence, the last day of U.S. presence in Afghanistan was unceremonious," said Torek Farhadi, who served as an adviser to former Afghan President Hamid Karzai. "Everyone wants to forget."