Violence in America, Criminal Justice, Ashli Babbitt, Capitol Chaos
Save for Later
From The Left 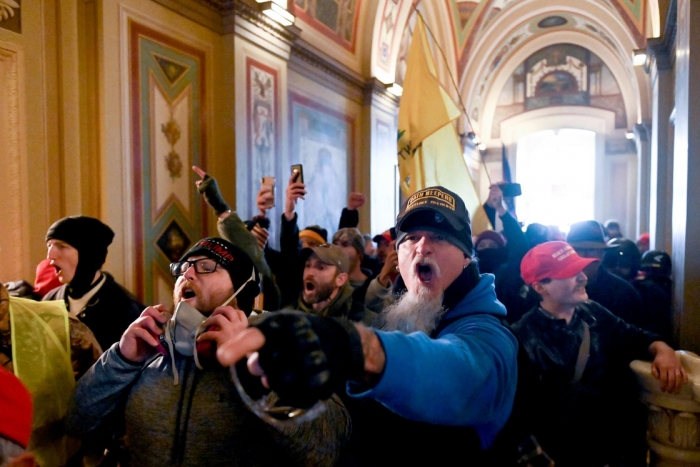 In the chaotic minutes before he shot and killed Ashli Babbitt during the Capitol riot on Jan. 6, Lt. Michael Byrd focused his attention on the glass doors leading into the lobby of the House of Representatives chamber.

About 60 to 80 House members and staffers were holed up inside, and it was Byrd’s job to protect them.

As rioters rampaged through the Capitol, Byrd and a few other officers of the U.S. Capitol Police set up a wall of furniture outside the doors.

“Once we barricaded the doors, we were essentially trapped where we...

Democracy Circle: To Talk About the Threats and Solutions to Our Democracy

Human remains found in a Florida park on Wednesday are those of Brian Laundrie, the fiancé of murdered blogger Gabby Petito, the FBI says. The body of Mr...

On Monday night in Denton, Texas, a pro-life vigil was underway when it was crashed by hundreds of Antifa protestors, who attempted to drown the event out....