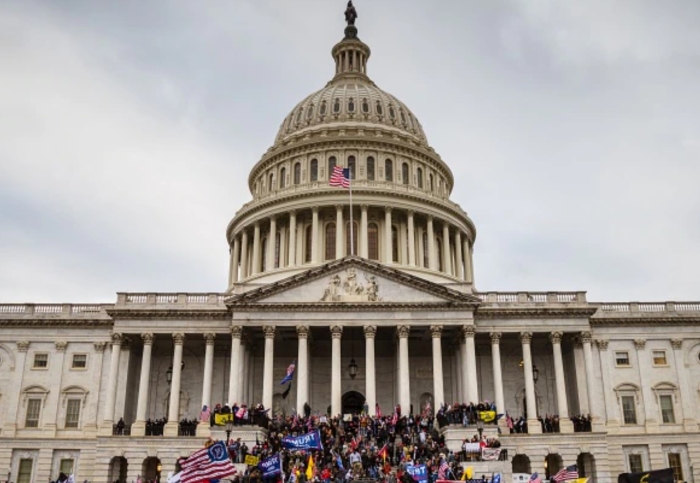 The suit ranks as the most expansive civil effort to date seeking to hold Trump and his allies legally accountable for the Capitol assault, The New York Times reported.

Although three similar lawsuits were filed in recent months, Thursday's filing is the first to allege that Trump worked in concert with political organizers to promote voter fraud in the 2020 election.

"This is probably the most comprehensive...

Read full story
Some content from this outlet may be limited or behind a paywall.
Violence in America, Justice, Capitol Chaos, Crime, Donald Trump, race and racism, Elections, 2020 Election, voting rights and voter fraud

NEWS
The line of culpability for Jan. 6 needs to be more brightly drawn than it is
Washington Post

The line of culpability for Jan. 6 needs to be more brightly drawn than it is
ANALYSIS

At 1 p.m. on Jan. 6, there were supposed to be two speeches starting at the same time to two different audiences. Inside the Capitol, Vice President Mike Pence...

Human remains found in a Florida park on Wednesday are those of Brian Laundrie, the fiancé of murdered blogger Gabby Petito, the FBI says. The body of Mr...

On Monday night in Denton, Texas, a pro-life vigil was underway when it was crashed by hundreds of Antifa protestors, who attempted to drown the event out....