US Congress, Federal Budget, budget reconciliation, infrastructure bill
Save for Later
From The Center 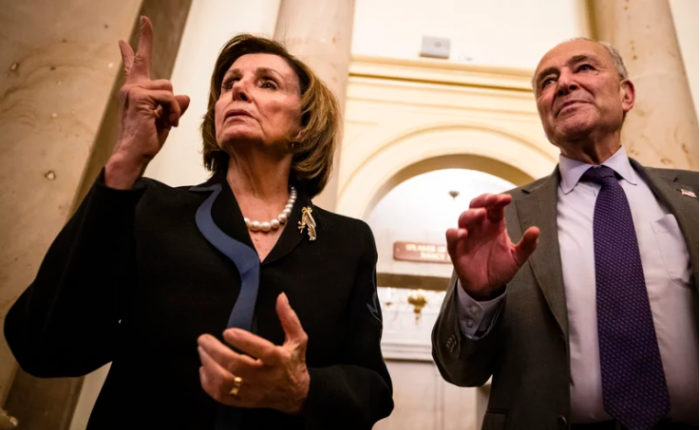 For Democrats, getting their historic domestic agenda done was already going to be a tough needle to thread, with a narrowly divided Congress and tensions within the party itself.

But now, because of the resurgent coronavirus due to the delta variant and the chaotic U.S. withdrawal in Afghanistan, President Biden's approval rating has dropped. His reduced influence and political capital don't leave much room for error on items that might be difficult to get through Congress.

And it doesn't get much more challenging than the path Democratic leaders are going down, pushing dual-track, multitrillion-dollar pieces of legislation — a $1 trillion infrastructure bill and a budget plan that could be $3.5 trillion.

"I think it is like backing a big semitrailer truck into a small loading dock," David Axelrod, a former senior adviser in the Obama White House, said in a recent interview. "It is an arduous, precise kind of maneuver where you have to move a little to the left, a little to the right, and hope at the end of the day, you land it right."

At the same time, Biden's recent political troubles have increased Democrats' sense of urgency to get as much done as possible, as quickly as possible, especially as party leaders and operatives are growing increasingly pessimistic about Democrats retaining control of the House of Representatives after next year's elections.

"The Biden-Harris administration has a one-track mind — to get as much done, to make as much progress as possible," said Donna Brazile, a veteran Democratic strategist who has worked on Capitol Hill and on presidential campaigns since the 1980s. "They understand next year everyone will be focused on their reelection."